Simeon Nedkov
@ndkv
Hey @deepakbhatia, the server doesn't offer the 3857 projection and sadly that is all Google Maps will accept. How badly do you want this dataset? I have an instance of MapProxy running that can transform 28992 into 3857. I can set this up for you but only if you really need it. ;)
https://mapproxy.org

Simeon Nedkov
@ndkv
@Atticweb Which API did you end up using?

Mitchel van Eijgen
@mvaneijgen
@ndkv have we switched to english now? And we anded up using non, for now...

Corline van Es
@clien_twitter
Everyone, I would like to introduce Eric, he is one of the data holders. you can ask him anything about the data of Provincie Zuid-Holland http://data.openstate.eu/dataset/provincie-zuid-holland

Corline van Es
@clien_twitter
hi @mvaneijgen yes lets switch to english, in that way we can include also the non dutchies, unless people here are uncomfortable with my many typo's? ;)

Simeon Nedkov
@ndkv
News item in De Volkskrant: http://www.volkskrant.nl/binnenland/milieudefensie-daagt-staat-voor-rechter-om-schone-lucht~a4350051/
I'd love to see some data backing this story. For istance, at which locations does the air quality exceed the EU norms?

Corline van Es
@clien_twitter
yes that was what i mentioned above ;)

Corline van Es
@clien_twitter
hi @siccovansas nice to see you here! (even though you deleted yr message which makes me all the more curious :) )

We had an idea for a real time poetic air quality app. Something like a geiger-counter, but with more shiny colors!). Our developer @Atticweb investigated the (real time) air quality datasets and concluded there aren't enough datapoints to give a functional idea of the current quality on a specific location in most of The Netherlands. So we ended up with a few sketches. (Still like the idea though)

Another one would be a app about dykes. (Een dijk van een app) Something with plotting all structures that keeps water away on a map with a nearby function. It would be awesome to visualize how much water it actually keeps away. We found some (questionably open) data with the constructions which happened to be very inaccurate and incomplete.

One more concept was one with a little less sustainable approach. The idea is to get the data together about the homing situation of gemeentes. How many homes are in each of the sectors (social rental, peculiar rental(pun intended), buying), how many are added or withdrawn and what are the consequences of this on pricing. This is mostly a personal annoyance of myself and I believe this information should be shown together. (As someone who’s forced on the commercial rental market and spending way too much money on a little apartment)

At the moment we’re a little stuck with either the data or the development. So if any developers feel like collaborating :)…

ps. sorry for wall of text.

concluded there aren't enough datapoints to give a functional idea of the current quality on a specific location in most of The Netherlands.

We found some (questionably open) data with the constructions which happened to be very inaccurate and incomplete.

Which dataset did you find? Deltares has a dataset called Bescherming tegen overstroming that show the dykes. I don't know if it contains all of them and how old the set is. I can upload it do data.openstate.eu if you want?

The idea is to get the data together about the homing situation of gemeentes.

Which other issues are you facing? 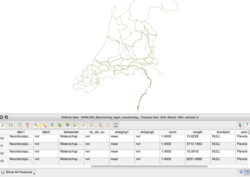 _
waterbug
@creepywaterbug
@rubendaas 'dijk van een app' . neelen en schuurmans made something similar voor the waterboards themself http://www.3di.nu They say they are opensource/opendata minded, so you probably can get your data there.
@ndkv forced me to join in the next app competition, which I will try to reluctantly ;)
what I can present is an group of userfriendly api's around pesticides in NL made of less userfriendly/open data from governamental organizations:
original1: http://ctgb.nl/toelatingen
my version: http://openh2o.nl/ctgb
original2: https://rvs.rivm.nl/zoeksysteem/
my version: http://openh2o.nl/rivm
original3: http://waterkwaliteitsportaal.nl/
myversion: in progress
en one ring to rule/combine them all:
http://openh2o.nl/stof
With these three data sources it must be not to complicated to make an alternative version of a water quality map like
http://bestrijdingsmiddelenatlas.nl

Simeon Nedkov
@ndkv
@creepywaterbug That is excellent work, sir! Thanks for sharing!
(And agreeing to participate. :) )

Corline van Es
@clien_twitter
welcome @MarjoleinMann_twitter good to see you here! everyone Marjolein knows all about Atlas Natuurlijk Kapitaal. Talk to her! :)

Simeon Nedkov
@ndkv
@creepywaterbug Do you happen to have some docs somewhere that explain the relationship between the endpoints? @clien_twitter and I want to Tweet about them. :angel:

waterbug
@creepywaterbug
Sorry @ndkv no docs sofar. But they will come the next few weeks
problem of api's they are not very illustrative for the public ;) I am not sure if text will solve this
@clien_twitter what 21-10 already?, have to go, bye

waterbug
@creepywaterbug
Before @ndkv attended me on it, I had spring in mind for the next @susthacking
lucky me I have lots of leave days at my work, time to spend them!

Marjolein Mann
@MarjoleinMann_twitter
Heya, sorry for being slow. But yeah, I know stuff about the Atlas Natural Capital, and if I don't know it I know who does so I can get answers for you. So let me know what you need!

Simeon Nedkov
@ndkv
If not, @creepywaterbug is looking for visual(isation) experts who can do cool stuff with his data.
Welcome, btw. :wave:

Boyan Nedkov
@attexx
hi everybody! just stopping by to see what's going on here, perhaps could find something that I could help/take part with/of :-)

waterbug
@creepywaterbug
how many nedkov's do exist in this world ?