Thomas Bereczky
@SysOpsNet
I'm trying to implement horizon
and I want local authentication
is there a good explanation how to achieve that?
using JWT tokens

Thomas Bereczky
@SysOpsNet
Hey hey
I would like to hire someone for assistance with Horizon
anyone interested?

Alisson Cavalcante Agiani
@thelinuxlich
As a RethinkDB user since 2014, I find it quite frustrating that we have a freshly new release(2.4) frozen for almost a year because of inertia. I tried contacting ex-developers without success for some time. I'm one of those that still believe on the technology, a year and a half has passed since the startup failed and still I don't see any database in the market fitting the same niche of RethinkDB.
Right now the communication is awful, we have a slack channel advertised as official which new users can't enter, so the community is scattered between Slack, Discord, IRC, Gitter and Google Groups. So I'm sending this message everywhere: if we get a bunch of volunteers, we could fork the database, create a new organization and devise a plan to release the 2.4 version as soon as possible. There is already work done in the future 2.5 version and I'm paying a developer to add data compression to Rethink, we could setup a OpenCollective for other developers interested in advancing the database future. What do you think?

Alisson Cavalcante Agiani
@thelinuxlich
we've created a spectrum channel to talk about the fork effort, in case anyone interested in collaborate: https://spectrum.chat/rebirthdb

pedall
@pedall
can someone help with rethinkdb install on debian stretch?

Paulo Henrique
@MrHerickS
@thelinuxlich that's a nice initiative, i still believing on RethinkDB as well! Unfortunately i can't work on it now, but i hope the community will make it back alive. :(

(Charles_K)
@charleschege
@thelinuxlich Thats an awesome initiative. I am new to database development and I like how RethinkDB works. Glad to see effort in the project.

Paul "Joey" Clark
@joeytwiddle
@kontactmaneesh Maybe don't send the id as part of the update?
Send PUT /things/1b0c89b2-sdlkjfs with a request body but don't put any id in the request body.

kontactmaneesh
@kontactmaneesh
@joeytwiddle
Thanks for reply but I am not sending id keyword as a part of update key . Am I missing anything else ? But I observed that update issue is coming when I am connecting with rethindb if I am using localdb/file system , working fine .

Alisson Cavalcante Agiani
@thelinuxlich
@MrHerickS if you test the new release once it is shipped, it would be help enough :) 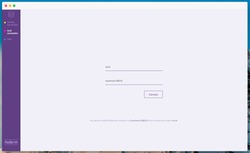 Timon Bolier
@tbolier
A new room openen for the php-rethink-ql driver for RethinkDB, you can find it here https://gitter.im/rethinkdb-php/Lobby for our repository https://github.com/tbolier/php-rethink-ql , if you are a PHP developer and want to support RethinkDB and RebirthDB php driver development, please join us.

I upgraded sails js version from v.12 to v1 but getting below issue while sails lift

_
kontactmaneesh
@kontactmaneesh
Please share me latest rethink Db adapter which is compatible with latest Sails JS >= 1.0. I have been using https://github.com/gutenye/sails-rethinkdb adapter for old version which is not working for latest sails js.

jam lee
@Jamlee
Hi, guy, is there anyway to connect rethinkdb directly by my browser js?

Christina Keelan Cottrell
@KittyBot
@Jamlee No development on Horizon, but it’s open source so you might have some luck trying that out… https://github.com/rethinkdb/horizon

THEDESIGNER.DESIGN
@iamCharlesChege_twitter
Hi! Where can I get a simple example on how to create a simple CRUD up for using reql Rust-lang crate? I have been trying to get an answer from the maintainer of the Rethinkdb reql rust driver to no avail

Paulo Henrique
@MrHerickS
@thelinuxlich is the rebirthdb joined rethinkdb?
Just was browsing on rethinkdb repo, and there is now a rebirthdb logo
🤔

Najam
@najamsikander_twitter
we installed latest version of rethinkdb. after server hard drive crash. somehow we able to restore files by pasting them to current installation folder. now we were trying to do rethinkdb dump command via python 2.7 and rethinkdb driver fetch through pip.
installation from pip throw error. and dump also not working
so we are switching to python3 and pip2 installation of python rethinkdb works but when doing dump it says export failed.
is there any updated wiki of what dependencies are required for ubuntu server. to make this work
is there any go or nodejs package/tool out there to create database backups into zip files?

Antonio Román
@kyranet
Hello! I'm a RethinkDB user since April 2017 and I have been using it ever since. However, I'm experimental critical issues now that the db got somewhat massive.
The version I use is the 2.3.6, and I'm experiencing a full outage every 3-4th day

It always happens instantly after the server uses swap memory

Happy Daddy
@hepidad
Hello. Does anyone or just me that couldn't access https://rethinkdb.com/docs/python/?

nawfalhasan
@nawfalhasan
Sadly its gone. I just wished rethinkdb has a revival of some kind soon :(